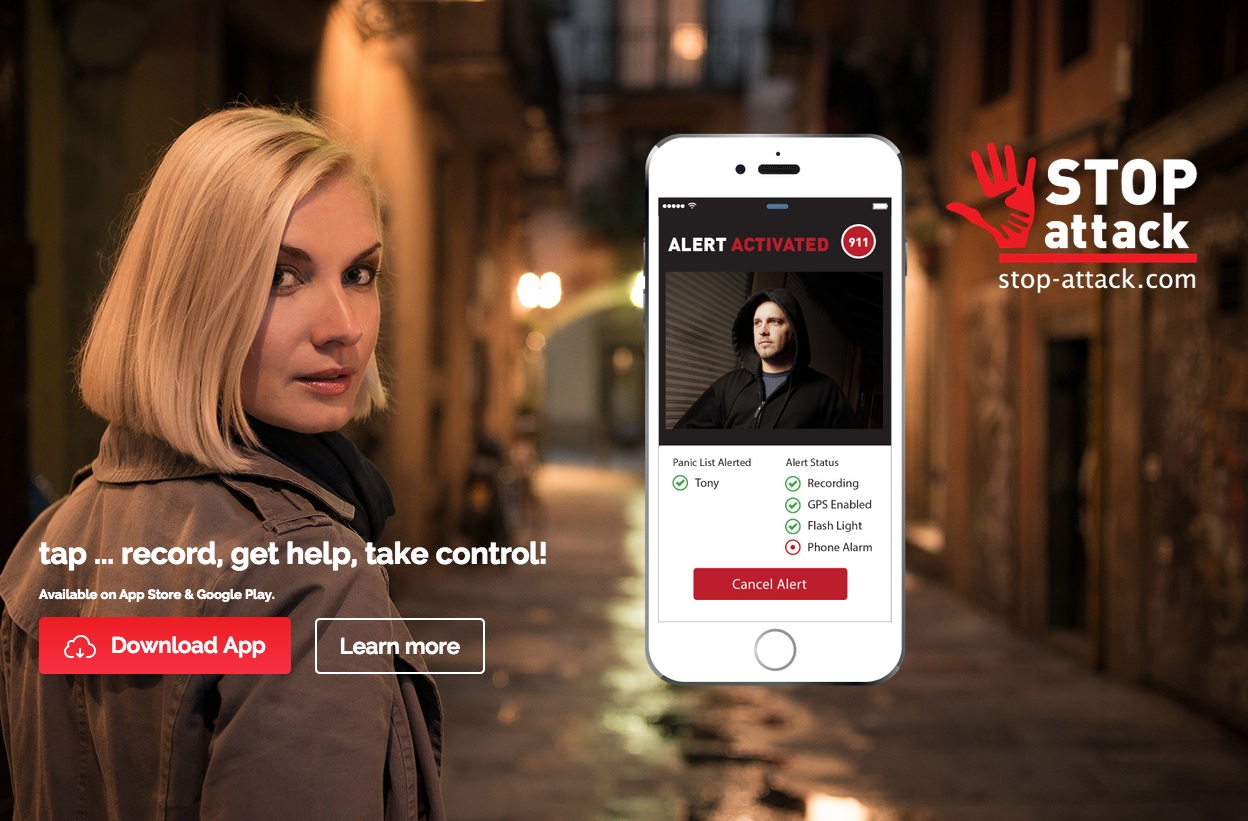 Officially launching in January 2015, the STOP-ATTACK (www.stop-attack.com) app will leverage smartphone technology to make the world a safer place for everyone. Whether it’s bullying, street harassment or something even more sinister, the app will record audio and video evidence and alert contacts of trouble in a matter of seconds. The developers of STOP-ATTACK have created a pair of explainer videos to showcase exactly how the app works in typical usage scenarios: “Always Be Prepared,” “Bullying.”

“We need to stop the senseless violence and assaults in this world,” said Anthony “Tony” Bright, the creator of STOP-ATTACK. “Our hope is that STOP-ATTACK.com will be a powerful tool in this struggle. The app has been developed with simplicity as a core feature, so that even younger children can be protected, giving parents much-needed peace of mind.” The CEO will be presenting the STOP-ATTACK app at the Pre-Grammy Awards VIP Gift Lounge and The Oscars Gift Lounge hosted by GBK productions this February.

The app can be downloaded in the Google Play or iTunes store today. The app is available for the amazingly low price of $3.99 annually.

STOP-ATTACK users will be able to customize many aspects of the app, such as creating a “Panic List” of people for the app to contact in an emergency, from friends and family to local first responders.

When a user activates STOP-ATTACK, the app instantly begins recording live audio and video and uploading the stream to the cloud. Panic List contacts and designated first responders are notified immediately or after a brief, user-determined delay. The app will send the contacts a link with the GPS location and the recording of the incident.

A hot key allows for quick and discrete activation of the STOP-ATTACK app. For instance, a bully need not know they’re being recorded until presented with the evidence by a school authority. On the other hand, it’s sometimes advantageous to let everyone know that STOP-ATTACK is recording; users can choose for the app to play an alarm sound and turn on the camera light when activated, a strong deterrent to a would-be attacker.

Everyone who is serious about personal, physical safety in the digital age is encouraged to follow STOP-ATTACK on all the major social media outlets:

STOP is available for both Android and Apple devices. To learn more about this game-changing safety technology, contact info@stop-attack.com.

About STOP-ATTACK
STOP-ATTACK is the inaugural product from Braxington Technologies, LLC. Founder Anthony (Tony) Bright has a proven track record of excellence, leading multinational teams serving technology, life sciences, entertainment and cross-industry companies for over 25 years. Bright self-funded Braxington Technologies to pursue his interests in innovative, practical technologies and services. The company has the primary mission of providing services to combat against both verbal and physical assault.

Bright is known to his countless business colleagues as a technology visionary with a passion for solving problems. He was born and raised in New Jersey and graduated in 1988 with a Bachelor’s Degree in computer science with a minor in business administration from Upsala College. His associations include: Omega Psi Phi Fraternity, Sigma Pi Phi Fraternity, Harlem Black Achievers Award Recipient and Member of the International Bullying Prevention Association.

Bright’s rare combination of technical acumen, excellent communication and solid project management experience has enabled him to pioneer the development of socially conscious apps that will aid millions of people and hopefully save lives. Learn more about his professional experience and vision at www.braxington.com. Email inquiries can be sent to info@braxington.com.