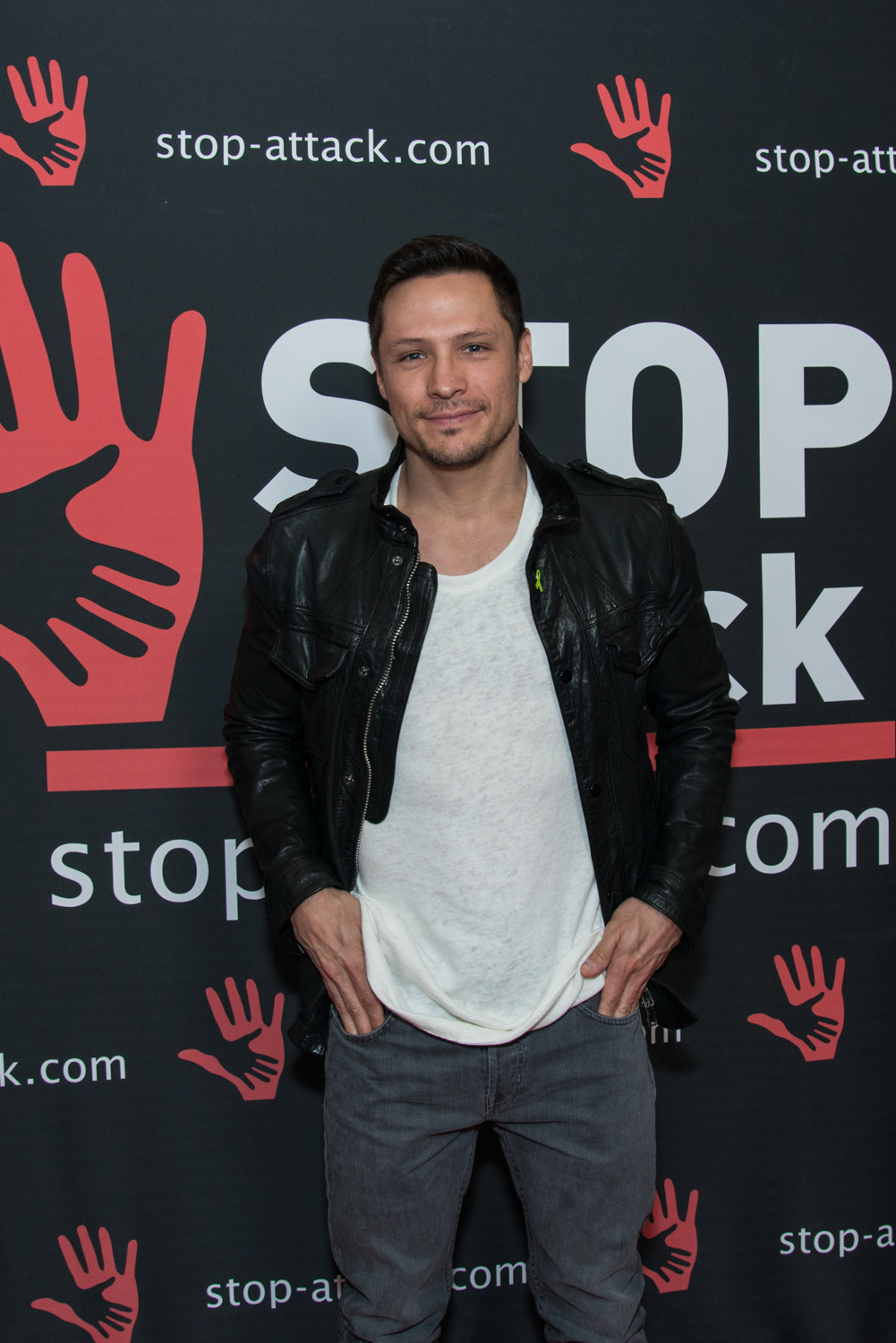 Hollywood’s Biggest Stars Support Stop-Attack at the Oscar’s. The groundbreaking mobile application STOP-ATTACK was a presenting partner at the GBK Oscar Celebrity Gift Lounge on February 20th and 21st. STOP-ATTACK CEO Anthony Bright presented his innovative assault-response app to a profusion of guests. The two-day event featured some of the biggest names in Hollywood and generated quite the buzz with media and celebrities. The STOP-ATTACK lounge area was not one to be ignored, capturing the attention of everyone in its vicinity.

STOP-ATTACK was successful in sharing and creating a platform against bullying, domestic violence, assault, and rape and shared official STOP-ATTACK umbrellas with each celebrity talent for the unpredictable L.A. weather. The team also gifted customized T-Shirts, tank tops and a convenient sling backpack that everyone simply adored.

Much like Mr. Bright and the STOP-ATTACK team, The Academy shares a passion for bettering our society and supports other film-related organizations and institutions, provides opportunities for high school students – and movie fans of all ages – to further their understanding and appreciation of movies and the moviemaking process, and works to encourage interaction between public filmmakers of all types.

The STOP-ATTACK assault-response app comes packed with potentially life-saving features and can be activated using hot-keys or by touching the app’s icon. Upon activation the app is placed in a stand-by mode and with one touch of your screen your device begins a video and audio recording session.

The application goes beyond being able to record physical and verbal abuse comes equipped with options for a flashlight and alarm possibly preventing assailants from taking any further action.

Along with providing evidence to bring perpetrators to justice and spreading the word on threats walking among us, STOP-ATTACK offers options to dial emergency services and a user-designated Panic List of contacts who can be notified of an attack at the user’s discretion as well as be allowed to view attacker footage.

User privacy is not compromised with STOP-ATTACK. All recordings are stored to a secure and private cloud and are only visible to the user and their customized set of contacts. Users also hold the sole ability to download and manage or delete recordings, holding true to STOP-ATTACK’s mission to give their members control of every situation.

STOP-ATTACK is suitable for people of all ages because, it is easy to use, and is perfect for parents hoping to gain peace of mind for their children or an adult walking in a parking garage late at night.

Mr. Bright has a bachelor’s degree in Computer Science and a minor in Business Administration from Upsala College. He is a member of the International Bullying Prevention Association and a Harlem Black Achievers Award Recipient.

STOP-ATTACK is available on IOS and Android mobile devices and costs only a low $3.99 a year.

For more information on STOP-ATTACK and to see videos of the app in real-life scenarios please visit http://www.stop-attack.com/.